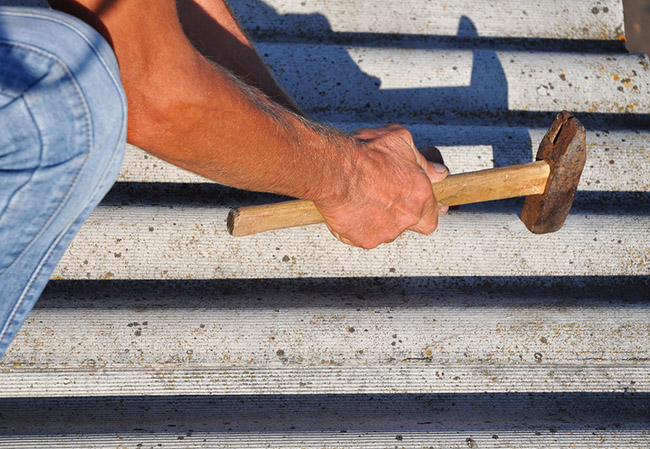 Three quarters of common construction tradespeople have never received any training on working with, handling or disposing of asbestos, while 45 per cent have trouble identifying asbestos.

The results were cited in an October 2017 presentation which included Master Builders Western Australia (MBWA).

Speaking to Safety Bytes, Doctor Jalleh said he was surprised by the results and says there should be compulsory education and training on how to identify and deal with asbestos.

Currently, only the ACT has compulsory asbestos education in relevant apprenticeships.

MBWA director, Kim Richardson told Safety Bytes that while the survey was conducted in 2010 it is relevant in 2017 and there is still a lack of asbestos training in apprenticeships, with the exception of the ACT.

“If you’ve just come out of your apprenticeship it is not something you are will have learnt much about… it’s not really a focus in the training system,” Richardson says, adding that  “the White Card  pays only scant detail to asbestos”.

“It [mesothelioma) is seen as an older persons disease and it is the expectation that everyone knows about asbestos but the knowledge is not being passed down in a formalised sense.”

“As older generations are leaving the industry they are not in a position to hand down that knowledge,” Richardson said.

That has led to a glaring knowledge gap which the Master Builders is working with industry to change.

Richardson says that governments have begun taking notice but there is urgent need for a nationally co-ordinated response.

“It will require state and federal governments working in unison, pushing ahead through the red tape,” he says, adding that industry stakeholders such as unions and employee groups must apply unified pressure.

“When everyone is on the same page it is difficult for government to resist,” he said.

The best way to improve asbestos awareness and understanding is to implement training into apprenticeships and white cards so that new entrants into the industry are armed with the required knowledge to identify and work with asbestos, according to Richardson.

“We need to start developing the modules in and expedite things quickly. This needs to be done as a priority,” he says.

“Asbestos is constant in the built environment, in both residential and commercial construction.”

“It’s not a problem with new builds but when they go from a new built environment to an older structure, there is a high chance asbestos will be present and many workers falsely believe it is not a problem.”