Hearing loss is a significant contributor to dementia, according to a new report which found that one third of dementia cases may be preventable, or could be delayed with appropriate lifestyle choices.

Combining the work of 24 experts, Dementia prevention, intervention, and care was published in July 2017 in medical journal, The Lancet and presented at the Alzeheimer’s Association International Conference.

Results of the study suggest that around 35 per cent of dementia is attributable to nine risk factors: hearing loss, education to a maximum of age 11–12 years, midlife hypertension, midlife obesity, late-life depression, diabetes, physical inactivity, smoking, and social isolation. 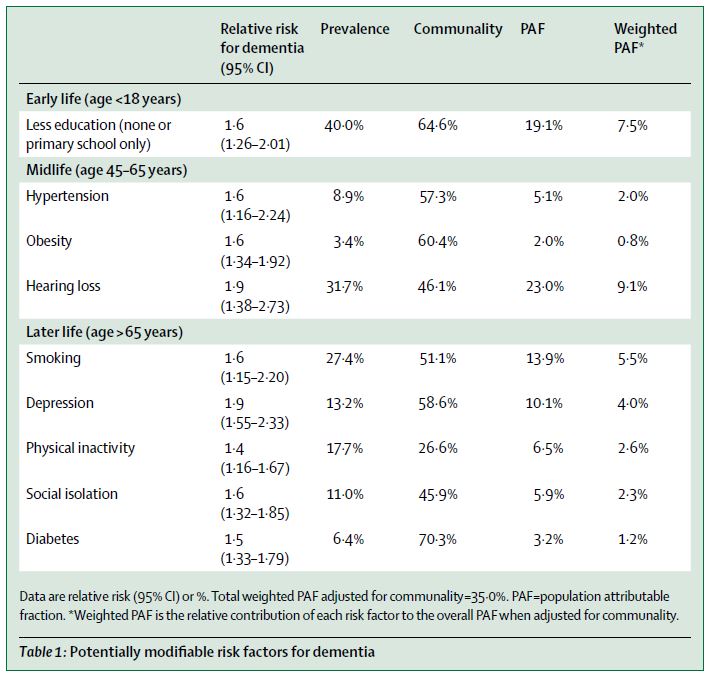 These results mean that “Over one third of dementias are theoretically preventable – that’s huge,” the study’s lead, Professor Gill Livingstone said in a podcast discussing the study.

“These factors work on the brain, either by changing resilience – making people more or less liable to have a problem when the pathology occurs – or by having direct damage on the brain.”

Hearing loss carried one of the most significant risks at 9 per cent, partly because it is so common – occurring in 32 per cent of people aged 55 years and older. Furthermore, only a minority of people with hearing loss are diagnosed or treated and even when they are, they often do not wear prescribed hearing aids.

So why does hearing loss increase the risk of dementia?

“Hearing loss might either add to the cognitive load of a vulnerable brain, leading to changes in the brain or lead to social disengagement or depression and accelerated atrophy, all of which could contribute to accelerated cognitive decline,” the report states.

“If we consider… smoking, obesity, physical inactivity, hypertension and diabetes together we found out they made a larger risk than any individual cause,” Dr Livingstone said.

There are also other possible risk factors and contributors to dementia such as visual loss, and pollution, however more evidence is required, she added. 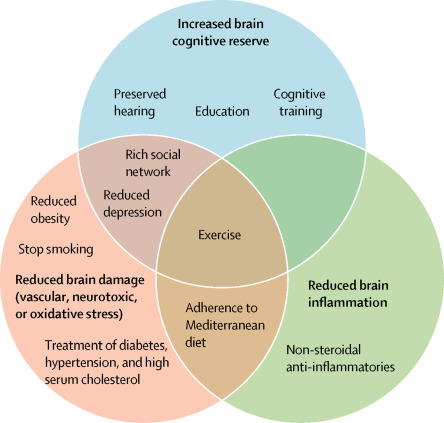 This would significantly reduce the huge social and individual costs of dementia which is currently $800 billion per year and forecast to be $2 trillion per year by 2030.

An estimated 47 million people have dementia in 2017 with that number forecast to boom to 132 million people by 2050 as people age and life expectancy increases.

However its prevalence would be halved if its onset was delayed by five years, something the results from this study suggest is entirely achievable.