Peter survived a 5-metre fall from a ladder: “My hard hat saved my life.” 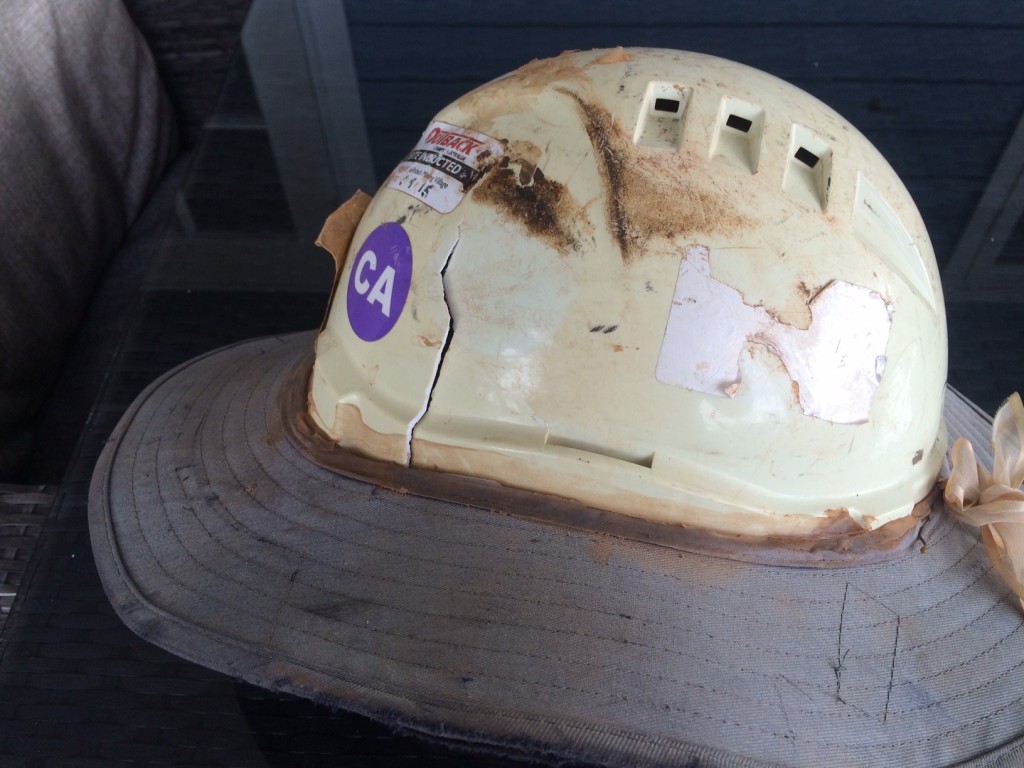 A hard hat has saved the life of a Queensland worker who fell five metres from a ladder, fracturing three vertebrae but narrowly escaping spinal cord injury.

Forty four year-old plant operator, Peter Haines was working on his own at a remote Queensland site, installing the last of 12 light poles when the ladder he was working on slipped.

“I was up tying off the ladder when it slipped and I’ve fallen approximately five metres and landed hard on my left buttock and then my head struck the ground with force,” he said, adding that his employer was not found at fault and it was deemed an accident.

Haines’ Pro Choice Safety Gear V6 hard hat remained on during his fall and according to paramedics, probably saved his life.

“They think that was what saved me from sustaining head or neck injuries. The impact was so hard it cracked the hard hat,” he said.

After falling, Haines managed to phone his boss, however a co-worker had seen the incident and called the ambulance.

“I was just lying there thinking ‘I hope I am alright.’ I was trying to wiggle my toes the whole time I was lying down.

“The ambulance arrived around 25 minutes later and stabilised me, transported me to hospital and then I was airlifted to Rockhampton hospital.”

“They treated me as a full spinal injury but they couldn’t work out why I didn’t have any head or neck injuries, which they later put down to the hard hat,” he said.

Now on the mend and receiving intensive physiotherapy, Haines is likely to recover from his injuries although he is unsure if he will be able to return to his old job.

“I have to wait until the end of May to get clearance with the specialist,” he said, adding that the waiting had given him a lot of time to think and he now wishes to educate others to prevent similar incidents.

Haines said his employer immediately changed procedures after the accident

“They are a good company, they got straight onto it. Now there are no ladders, they use machines now.”

However he added that it is important that people don’t wait for an accident and should think long and hard about the risks and potential consequences.

“You can feel confident about doing a job – which I did – but you have to take the time to sit there and think, ‘no I don’t want to do it like that’, and speak up.”

“And the name of the game is that you must have your PPE. One $20 piece of plastic kept me alive. It might not save you every time, but it worked this time!” Haines exclaimed.