Suspension trauma: The wrong fall arrest harness may be deadly 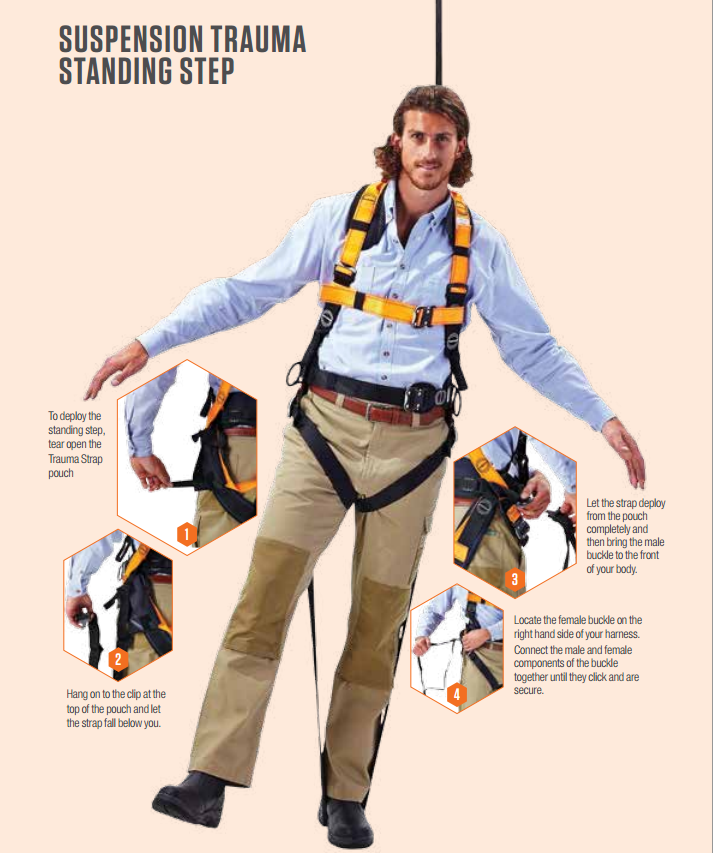 For those working at heights, using a fall arrest harness is an obviously important safeguard against injuries or death, however if the incorrect harness is used, the danger does not stop after the fall.

According to widely accepted research, in the event of a fall and ongoing suspension (hanging) in a harness, the resulting lack of blood flow to vital organs can lead to what is known as “orthostatic intolerance”, or “suspension trauma”, a condition that may cause death from blood flowing to the legs in a condition known as “venous pooling”.

“The example of the soldier standing motionless who suddenly faints is not uncommon,” the research paper states.

“When the individual faints and assumes a horizontal position, there is an improvement in venous return and immediate recovery of consciousness.”

The potential danger for those working at height is much greater. Hanging stationary in a harness means that not only will the body and leg muscles struggle to pump blood against gravity to the heart, brain and other vital organs, but fainting will increase the dangers by eliminating movement – and associated blood flow – while still keeping the subject upright.

“In addition, it is hypothesised that compression of the femoral veins by harness groin straps will contribute to a further reduction in venous return,” the paper states, adding that harness selection is an important part of risk mitigation.

“People participating in activities that require a harness should be prepared for such emergency situations and should have specially designed foot slings (which alleviate stress on the body) within easy reach at all times,” a Swiss research paper states.

Initial symptoms of orthostatic intolerance are tingling or numbness in the legs, nausea, dizziness, sweating, palpitations and confusion.

“The lead time from symptoms to syncope can be as short as a few seconds,” the research paper says.

Furthermore, a UK Government review of harness suspension says that after losing consciousness while suspended in a harness, brain damage and death can occur within four to six minutes.

However, according the review, even if someone is rescued alive in their harness after suffering orthostatic intolerance they are still in grave danger due to the large amount of deoxygenated blood in their legs that may cause a heart attack or kidney failure when it returns to the body’s vital organs.

While each individual’s tolerance to suspension varies, everyone is susceptible meaning that using a harness designed to enable blood flow is critical, as is their quick rescue and recovery.

The LINQ range of harnesses and lanyards from ProChoice Safety Gear are specifically designed to reduce the likelihood of orthostatic intolerance. Featuring* medically trialled and proven Suspension Trauma Straps – as recommended in the Swiss research paper – they allow the wearer to stand and thereby alleviate the tourniquet effect of the leg straps and allow the wearer’s movement to stimulate the muscles that pump blood back to the body’s vital organs.

*the H101 basic harness does not come with the suspension trauma strap as standard.

‹ The importance of comfort and fit in safety gloves › Workplace back injury and pain: How to minimise and manage