Tackling rampant drug and alcohol use in construction industry 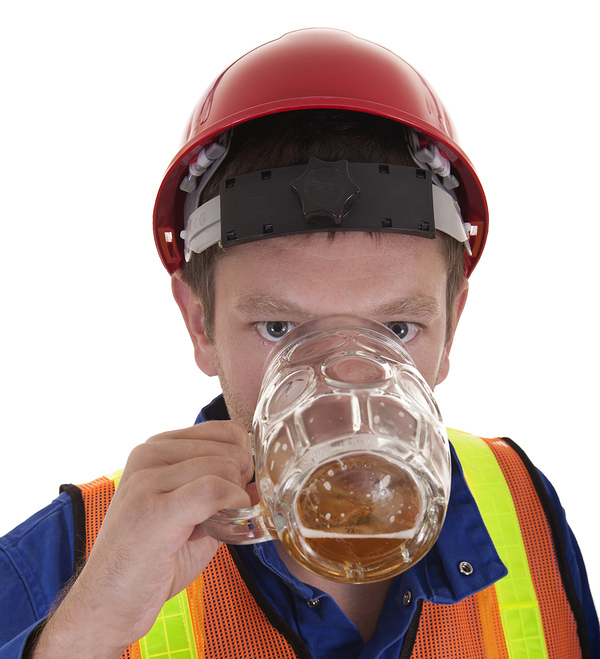 Nineteen per cent of building and construction apprentices report drinking alcohol during work-related hours while amphetamine use in the industry is also at concerning levels.

The findings came as part of a December 2012 report and ongoing research project, Safety Impacts Of Alcohol And Other Drugs In Construction by the Sustainable Built Environment National Research Centre (SBEnrc).

The project resulted in www.safeconstruction.org.au being launched in May 2015, a training module to help employers, OHS and HSE officers understand and respond to alcohol and drug problems in the construction industry and broader workplace.

A media release announcing the website states that there are well documented links between alcohol and “absenteeism, presenteeism, interpersonal problems, job turnover, injuries, disciplinary problems and poor job performance and productivity. It is also associated with impaired coordination, judgement and the ability to perceive and respond to hazards,”.

Contributing to the project is psychology professor at Queensland University of Technology (QUT), Herbert Biggs who in 2012, surveyed 494 construction workers who were mostly male and had a mean age of 35.

He found  “57 per cent consumed alcohol at ‘hazardous’ levels and a further 15 per cent were at ‘significant risk of harm’ based on the World Health Organisation’s Alcohol Use Disorders Identification Test,” according to a QUT media release.

Biggs expressed concern about his findings, especially given the already increased dangers construction workers face from using machinery and equipment or working with electricity, often at heights or close to roads.

Biggs said he does not advocate mandatory drug testing but rather educational preventative programs.

“We have also specifically identified a need to educate younger employees about how to cope with the general lifestyle that can accompany highly paid, project-to-project, transient type jobs.”

He suggested mentoring initiatives for “the effective communication of alcohol and other drug education to all employees at training sessions, and the use of clear, visual, hard copy brochures or posters and videos,”.

“There has been only limited adoption of nationally coordinated strategies, supported by employers and employees, to render it socially unacceptable to arrive at a construction workplace with impaired judgement from drugs and alcohol,” he said.

“We need to involve employers, employees, clients, unions, contractors and sub-contractors to engender a cultural change in the construction workforce, similar to the on-going initiative to securing cultural change to drink-driving in our society, where peer intervention and support are encouraged.”

‹ Musculoskeletal injuries at work: most common and costly › Safety FAILS #2