Better a Thousand Times Careful, than Once Dead

A few years ago I was asked to photo-document the construction of a timber frame house for a company website. I went back and forth to the construction site over the course of several days capturing the various stages of the build. All the workers were very cooperative and with their help I managed to nail (pun intended) some really great pictures.

At the end of the week I forwarded the first round of images to the developer and awaited a reply singing my praises and complimenting what an incredible job I had done. What I got instead was an angry phonecall informing me that all the photos were useless and would need to be retaken. Why? Because the workers weren’t wearing any PPE!

With days of shooting and editing wasted, I returned to the worksite the following week only to be met this time with a far frostier reception. Winks and smiles turned to scowls and stink eyes as I pulled up on site and workers resentfully walked to their kitbags and began pulling out hard hats and high vis vests.

I, on the other hand, suddenly developed a heightened awareness for the many worksite hazards I had missed the week before. Newly on my radar were several heavy looking hand tools strewn across the floor of a second story scaffolding. I cringed to imagine how easily a worker’s foot could nudge that hammer off the edge and onto the head of another worker below. Why would anyone not wear a hard hat in such a situation?

I get how hard hats could be annoying. I was only wearing one for a couple of days and it constantly got in the way of the camera. I imagine on a hot day too how it could be uncomfortable. But a small bit of discomfort seems a minor price to pay for avoiding a potential brain injury or even death! Any what’s the beef with the high vis vest? Granted fluorescent yellow nylon is not often caught on the cover of Vogue, but surely it’s worth a few hours in Anna Wintour’s bad books if it stops a crane operator whacking you in the back with a roof truss.

It was very clear that the guys on this work site were not lugging around all this gear for the sake of their personal protection. PPE was kept closeby in cars and kitbags where it could be grabbed quickly should their boss or an inspector stop by unannounced.

PPE was kept on hand, not to protect them from accident or injury, but to prevent them from getting in trouble when a boss or safety inspector stops by.

While tradies probably catch the most flack for it, they are certainly not the only ones with a blatant disregard for their own personal safety.

I remember when I was a child growing up in Ireland, my parents never made us wear seatbelts. Now don’t judge – my parents were actually very good parents. We always ate our vegetables, never spoke to strangers, and looked both ways before crossing the street. But for some reason when it came to buckling up, that was a precaution required only by people sitting in the front seat.

And it wasn’t just my parents. Nobodies parents made them do it.
It sounds crazy now, but back then backseat passengers (including kids) not wearing seat belts was perfectly normal and acceptable, and up until 1992, perfectly legal too. Which is perhaps what caused the lax attitude – I mean if it’s legal it must be safe, right?

It was not until the late 90’s and early 2000’s when the government clamped down and began issuing fines and penalty points that things took a positive turn. The result was an 89% reduction in the number of children getting killed on Irish roads since 1997.

This culture shift has been further cemented over the years by a series of controversial road safety commercials showing – rather graphically – precisely what happens to everybody in the car when just one back seat passenger doesn’t buckle up. (I can still hear the skull crushing sound effects – smack, crunch, crack!). 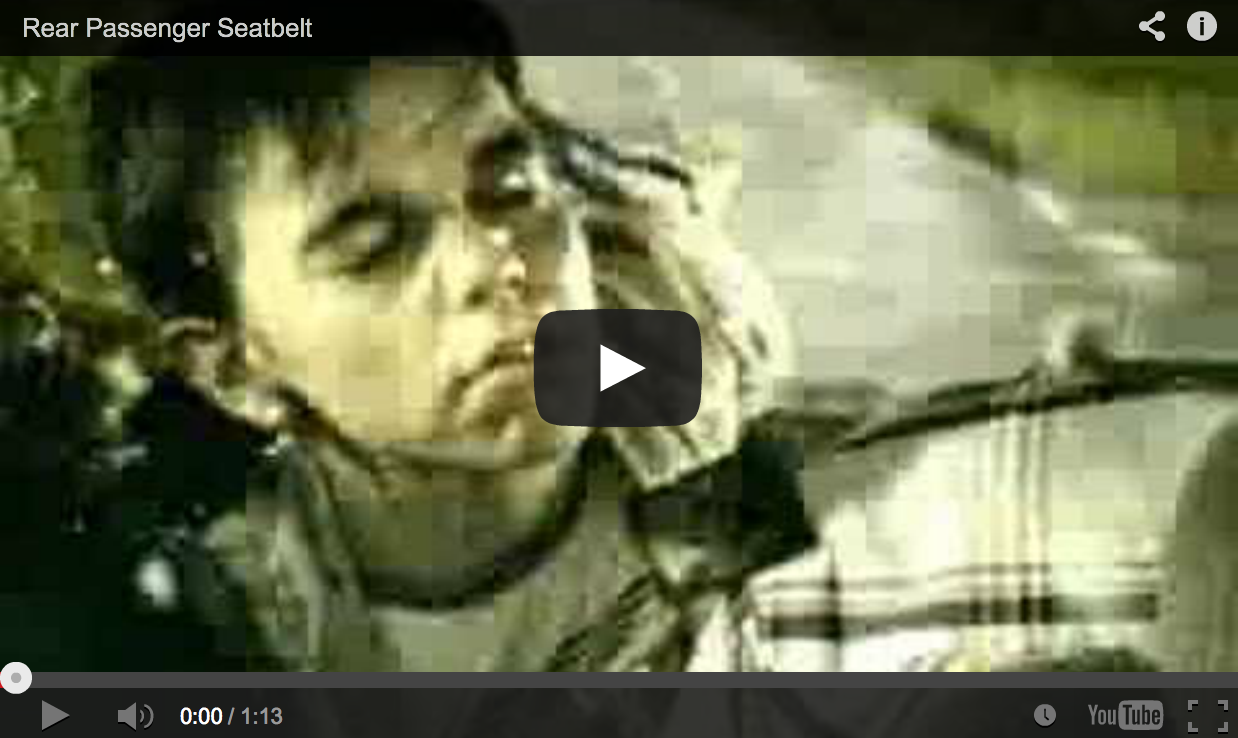 Perhaps a similar approach to workplace safety might inspire people to be more careful on the job. The government of Canada released the following series of rather shocking OHS commercials as part of a workplace safety campaign back in 2007. (Viewer discretion is advised).

A recently launched T.V. campaign in Australia takes almost the polar opposite approach to these commercials. Featuring the message “Work safe for the moments that matter” the ads focus on the positive, depicting workers at the start and end of their working days and showing moments that are special for each of them. They prompt people to consider work safety and think ‘If I want to keep experiencing these moments in my life, I need to be safe at work’. 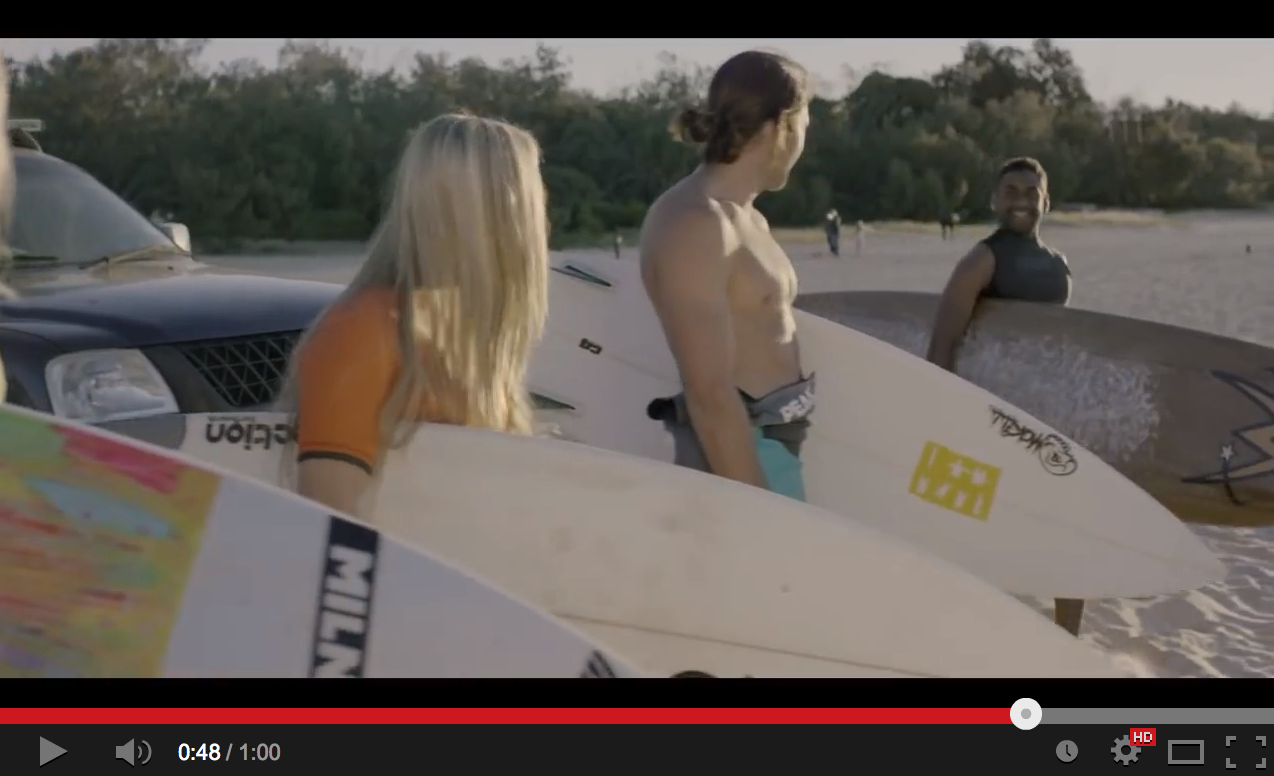 The Battle for Safety Compliance

In Australia, getting workers to wear their PPE (and wear it properly) is still an ongoing battle. But getting the general public to wear protective equipment is even more difficult. A 2012 national survey revealed that 6 out of 10 Australians say they do not wear any PPE when performing DIY. This despite the fact that more and more people are using dangerous tools like electric saws and angle grinders.

Tools that would require strict safety procedures and PPE compliance on worksites, are getting used by Australians in their homes and back yards, no training or PPE required. In fact, Australians are 9 times more likely to be injured at home than at work.

A recent report released by Safe Work Australia into Australian workplace fatalities revealed that self employed workers are 3 times more likely to be killed on the job than those employed by a company, and that larger companies have less injuries and fatalities.

All signs point to, that without the watchful eye of an OHS officer or safety conscious supervisor, people don’t take appropriate measures to ensure their own personal safety and well being.

“Better a Thousand Times Careful, than Once Dead”

The above scenarios all raise interesting questions about exactly why we follow safety procedures and protocols. They seem to suggest that for some reason people are more motivated by the risk of financial repercussions and punishment, than for the sake of ensuring their own personal health and safety. So why is this the case.

A big part of the problem is apathy and complacency. We seem to think that we are all such great drivers, or welders or whatever-ers, that accidents can’t happen to us. We struggle to really grasp the risk and fail to understand that almost every worker who was ever injured or hurt felt the exact same way – until it happened to them.

When these things do happen, wearing a hard hat or height harness or seat belt could be the difference that saves lives, and I guarantee you it will be worth every single day you ever wore it and didn’t need it, to be wearing the one day you were wearing it and you did.