The History of the Hard Hat

Hard hats have come a long way since their origins on the battle fields of WWI. Back in those days, the number of construction workers getting killed on the job was a lot higher, owing largely to lax safety regulations and very basic standards of personal protective equipment. There was no such thing as hard hats in the industrial sector. Instead, workers would paint regular hats with tar and leave them in the sun to harden. This heavy, smelly, headpiece would serve as a worker’s only line of defense against falling objects and overhead hazards.

In the 1920’s, the first industrial hard hats went into mass production, made from steamed canvas, black paint and glue. These were the first protective caps developed specifically for industrial purposes, and were widely used on shipyards across the United States.

The first construction site on which workers were required to wear hard hats was the construction of the Hoover Dam in 1931, by order of the Dam’s Chief Project Engineer Joeseph Strauss. Strauss placed a major emphasis on safety, and made hard hats mandatory to protect workers rappelling down the canyon exposed to chunks of falling rocks and debris. More than 100 workers were killed over course of the 5 year project, a number that might have been far greater were it not for his efforts. 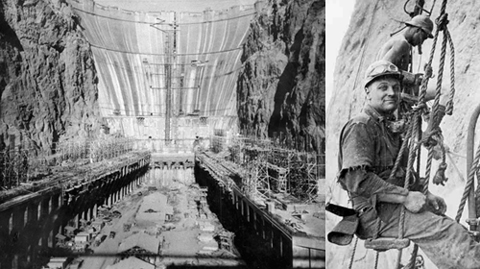 Aluminium hats came onto the scene in 1938, only to be replaced three years later by the less conductive, more lightweight option material that was fibreglass. After about a decade or so in circulation, the industry made the move to thermoplastics, which were easier to mould and shape, and less costly to produce. In the late 1990’s, the first vented hard hats were introduced, dramatically increasing wearer comfort and encouraging compliance. Since then, a whole host of new safety features and accessories have been introduced,  owing largely to the advanced malleability of contemporary materials like high density polyethylene (HDPE). Such features and attachment include sweat bands, rain gutters, face masks, ear muffs, and sun brims to name a few.

The latest evolution in hard hat design is the ratchet harness. Single handed, twist adjustment enables wearers to tighten & loosen hard hats with minute precision, without having to remove it from their head, for a more secure and comfortable fit than ever before. 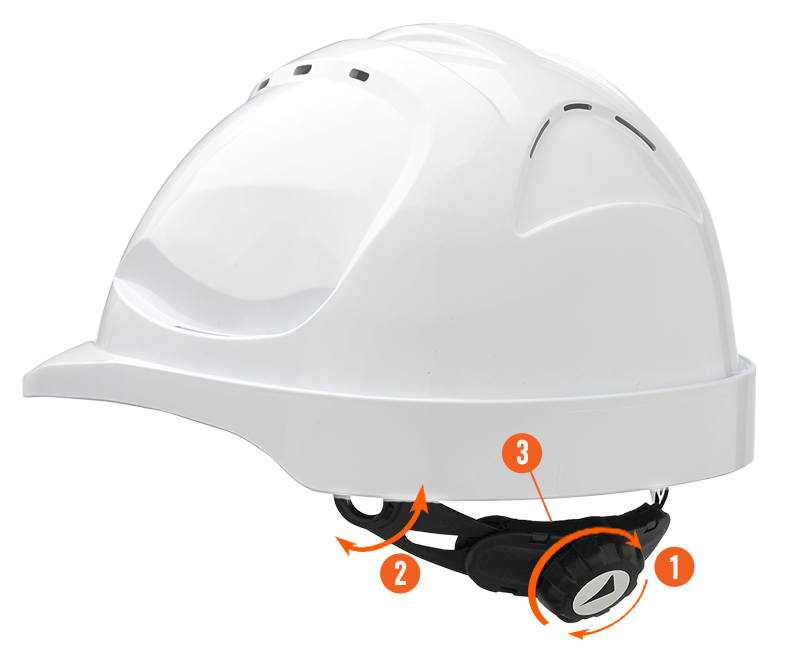 Advancements in wearer comfort and style are a key focus of PPE manufacturers today, as it encourages worker compliance. Modern hard hats absorb 75% of an impact to the head, however hard hats cannot do their job if worn incorrectly, or left sitting in the back of a worker’s ute. The most commonly cited objections to hard hats are: discomfort; style; or not believing that one is required.

Getting Workers to Wear Hard Hats

One key component in ensuring worker compliance is education – making workers understand why hard hats are necessary. This is best done by appealing to the emotional side, helping workers to imagine what life would be like for both themselves or their family if they were to suffer a traumatic brain injury, or worse still, lose their lives to preventable injury. The second thing (and this goes for all PPE not just hard hats) is providing workers with the most recent advancements in protective technology. Hard hats, like all PPE, are constantly being researched, developed and improved to make them more comfortable, more stylish, and most importantly, more effective. Keeping your worksite up to date with the latest advancements in hard hat technology is key to keeping those hard hats where they belong – on workers’ heads.

‹ Synthetic Leather Work Gloves – Why You Should Make the Switch this Winter › POSTER: How to Brace Your Worksite for High Winds