Creating a safe work environment is critical to the success of any business and is one of the best ways to retain staff and attract customers.

However, sometimes even the most well intended safety regulations get in the way of common sense – and work.

Some nannyisms that fit that bill include BBC’s ban on candles and knives for  staff birthday cakes, universities banning the much-loved tradition of students throwing their mortar boards in the air at grad ceremonies, a pilot who had his tweezers confiscated before taking control of a huge flying machine packed with explosive fuel flying at 1000km/h and a council issuing 8000 staff with safety documents after a public service gardener broke his arm trimming a hedge.

In other cases of safety gone mad, the USA has banned Kinder Surprise eggs because they are deemed a choking hazard, while in British swimming pools, an adult cannot accompany more than two children aged 4-7 (and one child under 4). This is reportedly not as a result of evidence but rather because the body managing recreation centers thought it would be a good idea.

Safety overkill exists in Australia too. Some Aussie media companies require their overseas journalists ring into the office every two hours, yep even throughout the night. Why? To tell the boss they are still alive.

These are prominent examples of safety gone mad however puzzling approaches to safety are widespread, as seen in these-light-hearted examples of strange safety signs. 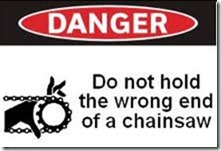 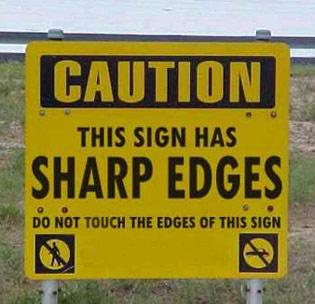 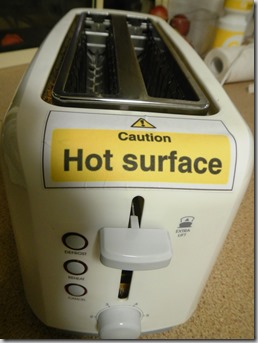 Yeah we know the toaster is dangerously hot, we just want to poke a knife in to retrieve some bread 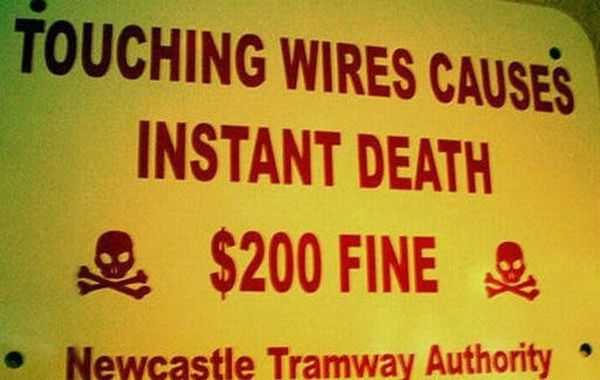 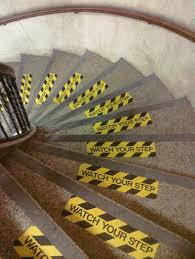 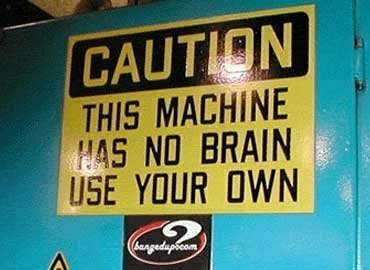 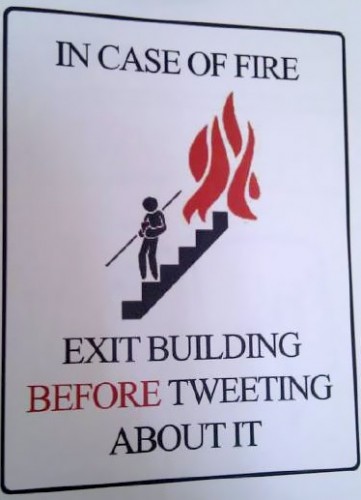 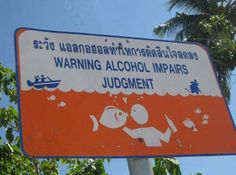 If the worst thing that happens when you get drunk is kissing a fish, you’re probably doin just fine. 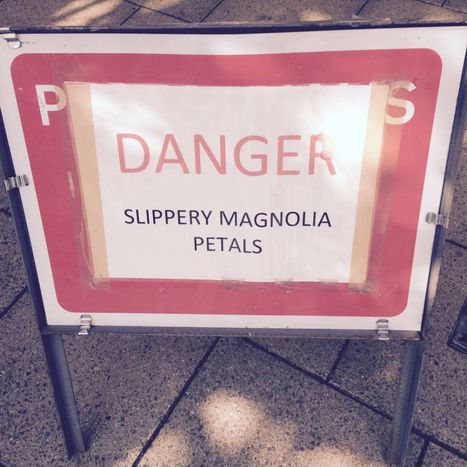 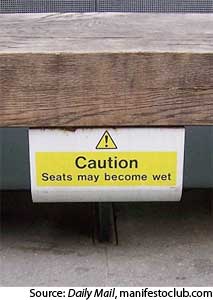 Maybe councils should fit outdoor seats with rain covers then, just in case