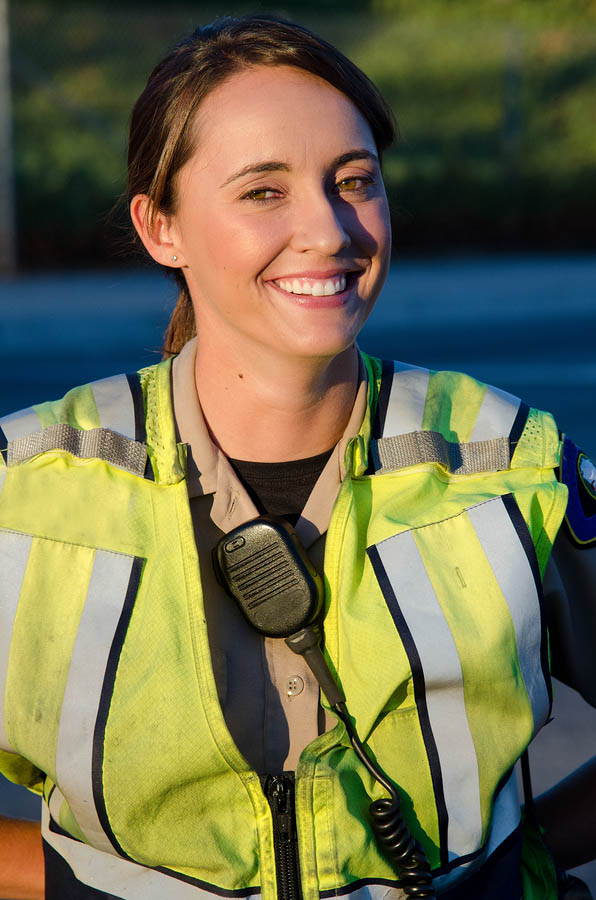 The number of female traffic controllers has surged in recent years due to their personality attributes often leading to increased safety and reduced road rage, according to veteran traffic manager, Alison Leydon.

Leydon, who is originally from Ireland, began her career in traffic management over 10 years ago with a backpacking job in Sydney as a traffic controller. Today Leydon is the operations manager of traffic management specialist, Consec Traffic.

She told Pro Choice Safety Gear that she estimates that women now make up around 25 to 30 per cent of the traffic control workforce, compared to around 5 per cent when she started in the industry.

“Women bring a softer touch, as well as a different perspective,” Leydon said.

“Women are very good with both pedestrians and motorists. We tend to be a little bit more relaxed and can often diffuse a situation more quickly,” she said, adding that the ability to stay calm in often volatile circumstances is an essential skill of traffic management.

“Road rage is a huge issue. It can be quite confronting.”

“Also when you’re telling people not to walk somewhere because it’s not safe, they feel like ‘who are you to tell me what to do?’.”

Leydon hastened to add that, regardless of sex, some people are quite capable of managing the challenges of traffic control, and some are not.

“I’ve worked with some males who have been outstanding. I strive to get the best people for the job, be it male or female. Whoever they are, they must have the right personality type.”

However she said that from her hiring experience, she has found that the attributes that make  the best traffic controllers are more common among women.

“Many of the women I have hired through the years, they bring that maternal instinct.”

Leydon said this might correlate with an increased drive to protect co-workers and foster a safe workplace.

“I do try and keep it as equal as I can between males and females because I believe in a healthy balance and my company is an equal opportunity employer.”

Asked whether drivers are less likely to become aggressive or project their road rage onto female traffic control staff, Leydon said that it depends on the driver.

“However, I have found that if you smile and apologise, we as women will receive less road rage directed at us. A smile can go a long way in easing tensions, regardless of gender.”

Also important to consider is an individual’s ability to deal with the physically demanding nature of the job.

“Standing for the hours in extreme weather conditions can be quite tough as well,” Leydon said.

“It’s an extremely dangerous job and you have to be alert all of the time.”

Asked how management can best support their traffic control crew, Leydon said it is essential to listen to any issues they are having.

“They are working on the front line.”

“It’s my job to support them, not them to support me. They need to have everything to do their job safely – equipment, personnel, or a solution to a problem they are dealing with.”

For those interested in becoming a traffic controller, Consec Traffic requires Blue and Yellow Cards as a minimum. The training that takes three days to complete.

Once employed, on-site and ongoing training and mentoring is provided.