Don’t Bottle it Up

Keith Patten is a Diesel Fitter in the Bowen Basin who tragically lost two of his sons to suicide in separate incidents in 2002 and 2004. Keith now travels around Australian worksites delivering inspirational talks to FIFO workers about the issues of mental health in the workplace. The following is his story. 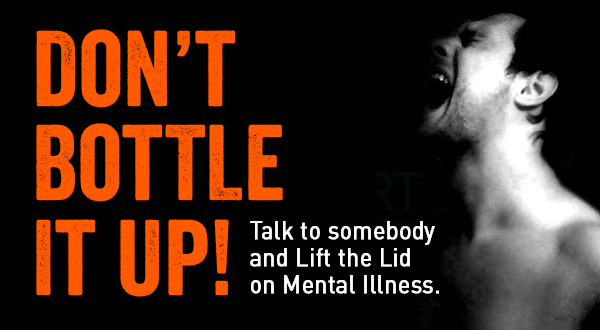 Society creates men who do not see failure as an option and bottle up their emotions leading to higher rates of mental health, according to suicide prevention activist, Keith Patten.

“We’ve been brought up since the beginning of time that we don’t show our emotions as it’s a sign of weakness,” he said.

“We lose seven people per day to suicide and five of those seven are guys.”

Keith has experienced those consequences first hand with the death of his 20-year-old second-born son, Mark.

“The day after boxing day in 2002 Mark had a fight with his partner and he hung himself,” Keith said, adding that while they knew Mark suffered mild depression, his suicide came as a big shock.
“It destroyed us. It emotionally affected us big-time, we didn’t think that Mark would ever have done such an act.”

“No warning, no notes, nothing.”

“All I could do was look at my hands. I had been a diesel fitter for 30 years and this one I couldn’t fix. I had nothing.” 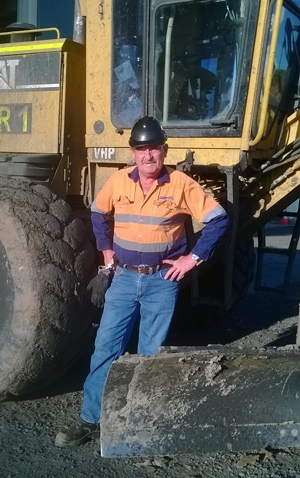 Keith said Anthony had severed communication with his family in the months leading to his death and was self-medicating himself with illicit drugs, a common indicator of mental illness.
Initially, he and his wife blamed themselves.

“We viewed Marks’ suicide as a stigma on our family – that we’d made the mistake.”

According to Senior Lecturer in Workplace Mental Health at UNSW School of Psychiatry, Dr Samuel Harvey, the stigma associated with mental health is a major barrier to beating it.

“People are still very reluctant to acknowledge mental health problems in themselves and then tell anybody about it, let alone their workplace, and this is particularly prominent with men.”

Keith says he later understood that his son’s suicide was not reflective of he and his wife as parents, however it was 2011 before he could talk publicly about it. 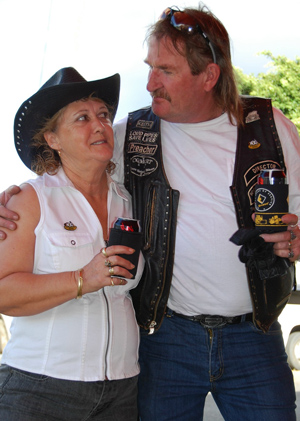 Pictured above: Keith Patten with his wife Michelle.

“As a form of closure I got a tattoo of the boys, which moved the boys from my heart to my shoulder which then allowed me to talk.”

Keith now is a vocal spokesman for mental health in Australia.
“It was a promise I made to myself that my boys’ deaths would not be in vain. If I can save somebody’s life, it puts me back in balance,” he said.

Keith now talks at toolbox meetings, to the mining industry or to service clubs such as Rotary and Apex.
“It’s about opening the conversation of mental health issues in the workplace.”

Dr. Harvey, who also works with the Black Dog Institute who educate work managers about mental illness, agrees the conversation must be had. However he said there is good evidence that when people do seek help at work it can have an impact on their career progression.

“It’s ridiculous that it should have this stigma because we know that it is now the leading cause of long term sickness absence and disability in Australian workplaces.”

However he said there is evidence the Black Dog Institute’s management education programs are working.

“You can make people feel much more comfortable having these discussions and that then influences their behaviour.”

Keith also places the responsibility on friends and co-workers to find out if their mates are OK, although concedes it is not easy.

“It’s possibly one of the hardest questions a guy can ask another guy, but not as hard as asking ‘why didn’t I do something to help?’.”

Keith says you should ask straight out.
“Non-judgemental and direct. Don’t beat around the bush.”
He added that there was a limit to the support friends and family can offer which is where professional help such as GPs, psychologists, Lifeline and Beyond Blue come in.

Dr. Harvey said the Black Dog Institute has detailed self-help material on their website as a useful first step, however added there were many advantages in talking with someone.
He said exercise and diet were other ways people could help themselves.

Given Keith’s own work as a diesel fitter in the Bowen Basin, and the prominence of males in the mines, it is no surprise that they are a focus of his work.
“It is a bit of a rough and tough environment where you tend not to show your emotions, which serves to bottle it up more,” he said, adding that it was particularly tough with the current mining slowdown.

He added that the extended shifts of up to three weeks in some remote mines added pressure to an already tough situation.

“Most people work in jobs where they are home every night. In our industry we are left to our own devices with our thoughts and emotions,” he said, stating it is even harder for singles.
“Who have they got to talk to?” Keith asks, reiterating the need for colleagues and friends to offer support. 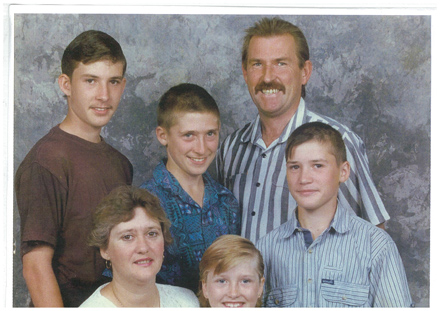 From back left: Sons Anthony and Mark, Father,

2012 Research by Beyond Blue found that construction and mining workers may have elevated prevalence rates of depression and anxiety, while suicide rates appear higher in some male-dominated industries.

Keith says campaigns such as Pro Choice Safety Gear’s Black Hard Hat helped bring mental health to prominence on site. “It gets guys by seeing something different in their workplace – ie the Black Helmet – it helps people talk about it.”
“By talking about suicide we can do something about suicide and maybe somebody, if they hear our discussions will be able to identify their own problems and seek help.”

Listen to the full length interview 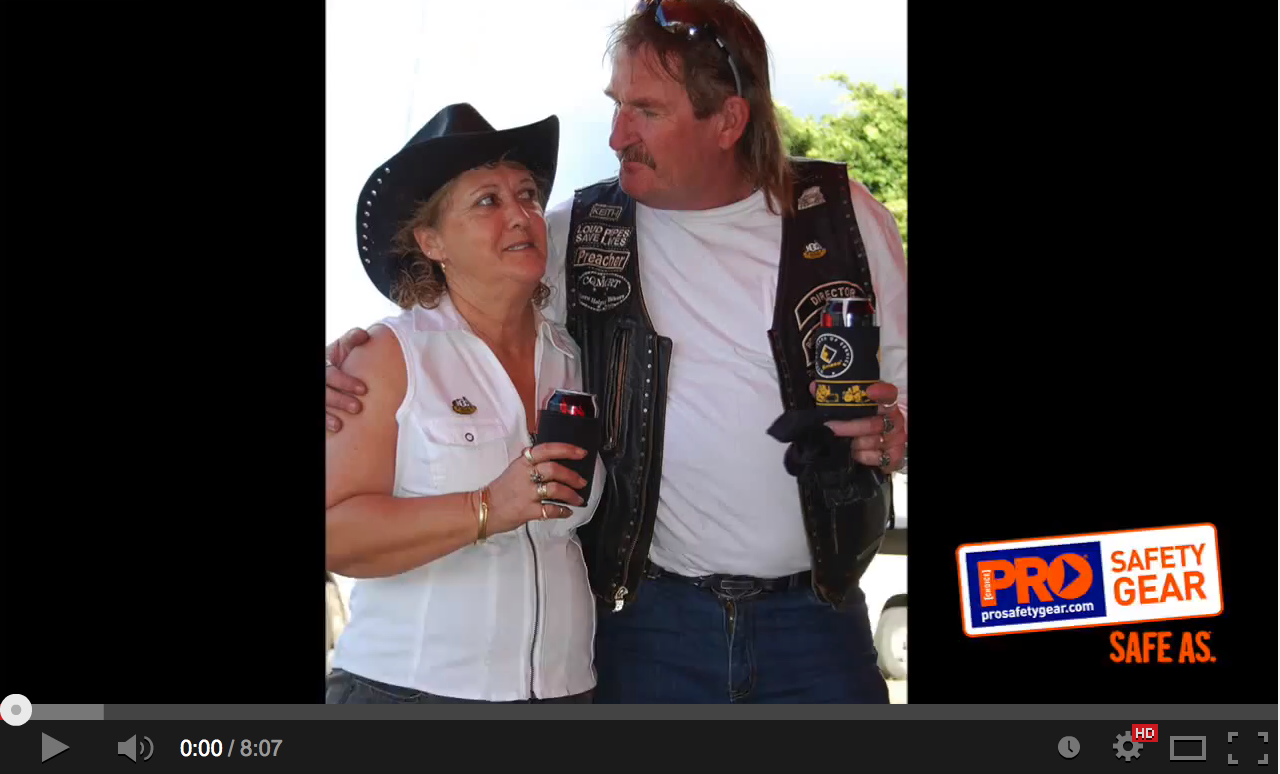 If you would like Keith to come and talk at your workplace, you can email him: Keithpatten@Live.com

Look After Your Mates

Symptoms of mental illness often have a gradual build-up. Obvious things are if someone is not looking or behaving in their normal way – if they are sad or no longer enjoying things.
Men often present with symptoms such as anger, increased alcohol or drug use, decreased performance at work, turning up late or not at all.

You have two options: have a discussion with them yourself or try and help them have that conversation with somebody else.

‹ Why Do We Keep Safe? › Better a Thousand Times Careful, than Once Dead