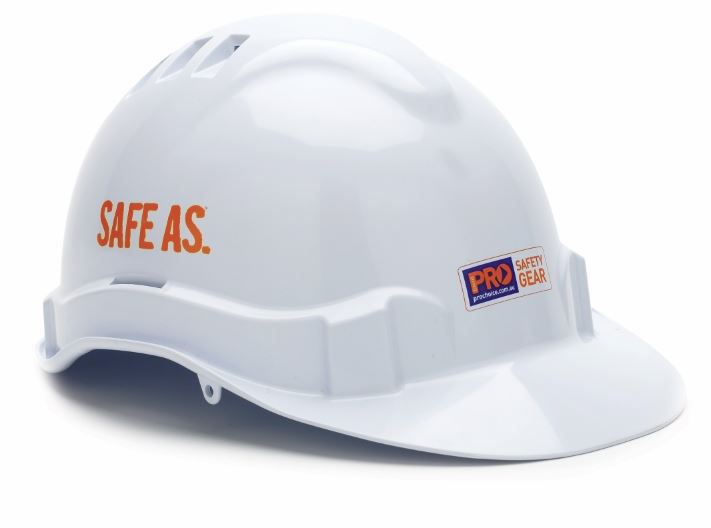 Hard hats that are certified, have a snug and comfortable fit and enable the integration of other PPE offer the greatest protection on site, while they must also be worn when working at any height.

Australian regulations demand that hard hats be worn on sites when there is a risk of being hit on the head, whether by falling objects or from a collision with a fixed object.

The risk of free falling objects increases in situations where workers are using tools at heights, poorly secured or unstable loads are being lifted, roof scaffolding, bricks, rocks and soil could be dislodged by humans or the weather, and fixtures such as ceiling panels and pictures are not properly secured.

Unstable structures also pose a risk, as do objects or materials which could become falling hazards when ejected from hand tools or machinery.

Hard hats also provide a critical last line of defence when working at heights. Wearing a safety helmet most likely saved Peter Haines’ life when he fell five metres from a ladder.

Looking at the numbers, head injuries are common when falling from height. A Safe Work Australia report found the construction industry had the highest number of fatalities and highest number of serious injury compensation claims due to falls from heights in 2008-11 and 2010-11, respectively.

Falls from heights accounted for 25% of all construction fatalities in 2008-11 while across all industries, the report found that 76% of fatalities were due to head injuries incurred in a fall.

Furthermore, 50% of the deaths between 2003 and 2011 resulted from falls of three metres or less with falls from ladders accounting for the greatest number of deaths, meaning hard hats should be worn even when working at very low heights.

Importantly, head injuries only made up 3% of serious injury compensation claims as a result of a fall, meaning that there is a strong correlation between a head injury and not surviving the fall, further reinforcing the importance of wearing a hard hat.

Hard hats protect the head from impact through a number of features. The outer shell resists and deflects blows while the internal suspension system stretches to absorb and spread the shock of impact evenly. The internal webbing also provides a buffer zone between the outer shell and skull.

The integration of other PPE appropriate for the circumstance can further protect against other hazards; for example, ear muffs, face shields, sun flaps and browguards.

Choosing the right hard hat is vital to ensure the best protection in the case of an accident and employers are responsible for providing their workers with hard hats that comply with Australian Standards, as well as instruction on their proper use.

After ensuring it complies with Australian Standards, a hard hat’s comfort and fit are the two most important factors. A comfortable hard hat will ensure it is happily worn and does not cause distraction, discomfort or inhibit vision.