Hearing damage and tinnitus in construction: training and diagnosis critical 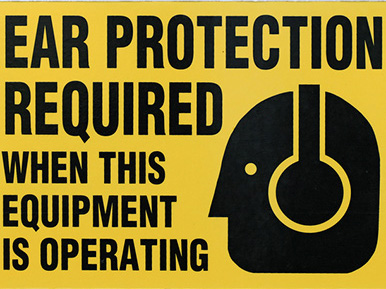 Construction workers regularly experience noise levels up to six times the legal exposure limit and up to 75 per cent are developing tinnitus or permanent hearing loss as a result of their job.

These figures come from leading Australian audiologist, Dr Ross Dineen who has extensively studied hearing loss and tinnitus in the construction industry.

Dineen and his colleagues have studied noise exposure levels in construction and analysed the way personal protective equipment (PPE) and protective approaches are used.

“Dosimeters measured the real-time exposure to noise and worker behaviour was monitored. Their total dose [of sound] over the working day averaged over six times the legal exposure limit,” Dineen said.

“Over 75 per cent of construction workers were experiencing hearing and communication problems,” he said, adding that this was based on hearing tests as well as feedback from family and friends.

Dineen, who runs a Melbourne-based audiology clinic told Pro Choice Safety Gear that little has changed since then and that noise induced hearing loss (NIHL) and tinnitus remain serious issues in construction.

“There’s nothing really being done to address it,” he said.

“We conducted some focus groups asking why people were engaging in these behaviours and their immediate concern was being well enough to go home that night. They regularly see people around them injured or killed.”

With this in mind, he stressed the importance of preventing hearing loss early.

“The issue is to get people before they have injured their hearing when they can still hear while wearing conventional ear protection,” he said.

“High noise exposure can cause a temporary hearing loss, which initially comes back within 12 to 48 hours but if you regularly expose yourself to high noise levels, then over time you end up with permanent damage,” he said, adding that many construction workers with hearing damage also deal with permanent tinnitus.

Tinnitus (Ringing in the Ears):

A common symptom of hearing damage is tinnitus, the clinical term for ringing, whistling or hissing in one or both ears. Tinnitus is not a ‘sound’ but is the noise of the auditory system as the brain tries to adjust for the hearing damage., according to Dineen.

“Tinnitus, initially is a warning sign that hearing damage is occurring,” Dineen said, adding that it is usually also combined with muffled hearing.

“Your ear is dampening to try and protect itself. If you’re constantly working in a loud environment, that hearing loss doesn’t come back.”

He said symptoms of long term Tinnitus also include intolerance to some noises.

“Normal sounds that you could previous tolerate such as putting a cup on the bench or putting a saucepan in the sink becomes an unpleasant experience,” Dineen said.

“There is no cure for tinnitus however a hearing aid should reduce awareness of it.”

Training and education critical to prevention and diagnosis:

Dineen said that training and education is critical to ensuring workers can self-diagnose when hearing damage is occurring and therefore take appropriate protective measures.

“It’s really important that workers can identify the initial symptoms of hearing damage… recognition is often low until they get feedback from friends or family,” he said, adding that loud televisions or asking people to repeat themselves were obvious signs.

He suggested workers use the car radio for self-testing their hearing post shift (see Figure 1.0) as a simple method to test for short-term hearing loss.

Step 1: When driving home after work, set the car radio at a ‘comfortable’ volume while driving home so that you have a comparison point the next morning.

Step 2: When driving to work the next day, if the volume is no longer ‘comfortable’ (e.g. it is too loud), it is an indication of short-term hearing damage the day before.

“Sometimes you need to wear both foam plugs and ear muffs together to attain appropriate protection,” he said.For those with existing hearing loss who find PPE reduces their ability to hear speech and warning sounds he said there is the option to have custom-made ear protection that filters speech more efficiently, but that regardless of the ear plugs in use, ear muffs should also be on hand.

Dineen also added that more work must be done by industry to reduce or eliminate hearing hazards rather than relying only on PPE.