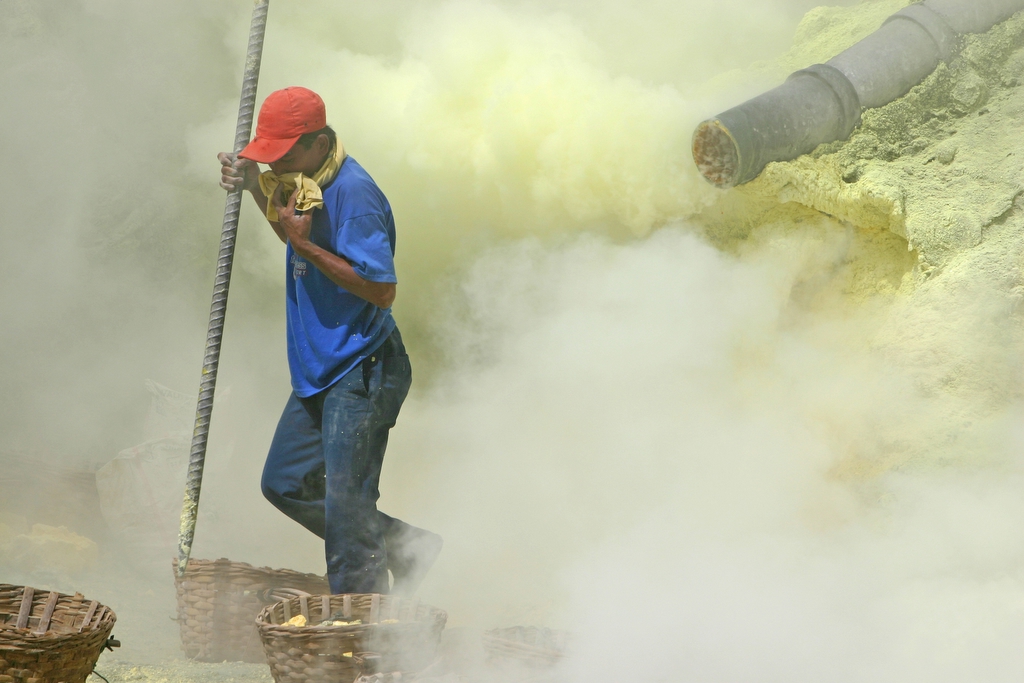 Yet even with these many checks and balances, mining – one of our largest industries – is still one of our most dangerous, as evidenced in the late-2015 re-emergence of black lung (pneumoconiosis) from excessive coal dust exposure in Queensland mines.

The 2015 discovery was followed by the announcement of tougher dust-control measures in 2016 and two parliamentary enquiries.

The Coal Workers’ Pneumoconiosis (CWP) committee chair, Jo-Ann Miller said in March 2017 that they “will right the wrongs and tell the truth no matter where it lands — politically, administratively, medically or industrially.”

In August 2017 the government went a step further and has threatened non-compliant mines with closure.

While the re-emergence of this preventable and incurable disease is inexcusable, be thankful Australia has processes in place to protect workers, even if they failed or took too long to work in this instance.

In some countries, there are no safety systems at all. Neither corporations, nor governments are accountable.

So the next time you are annoyed by another on site safety talk, or think wearing PPE is a hassle, think of the consequences of when these safety systems fail, or do not exist at all and be thankful your job isn’t any of the following. 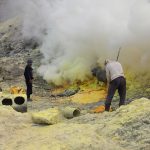 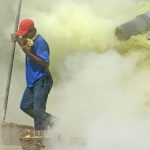 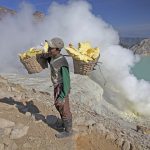 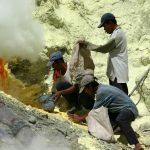 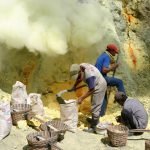 With no respiratory protective equipment other than a wet t-shirt across their face, sulfur miners in Indonesia face toxic working conditions in the crater of Mount Ijen, an active volcano in Indonesia.

Facing sulfur dioxide levels of 30 times the US recommended limit, the workers suffer airway constriction and asthma symptoms as they carry up to 100 kilograms in makeshift baskets up the steep crater. The long term effects are unknown, but it is unlikely they are good.

Paid around eight US cents per kilo of sulfur that they mine, the workers earn around US$10 a day for the back-breaking work.

The miners’ horrendous working conditions have been documented numerous times over the last decade, with no visible improvement. 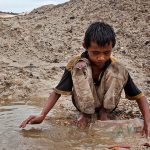 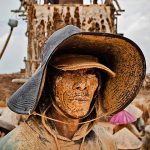 Indonesia is the world’s largest exporter of tin, with 90 per cent of their exports coming from two islands: Bangka and Belitung.

Here, miners risk their lives digging large pits up to 15 metres deep into the sand. Using pick axes and buckets they scavenge for the tin that is largely mined for use in smartphones. Cave-ins of the pits and fatalities are common.

Offshore, working conditions are no better on ‘illegal’ dredges, with workers – armed only with a mask and a plastic hose connected to a compressor for air supply – diving to the seabed to suck up tin ore. Deaths here are equally common.

In a bid to imrpove processes, Friends of The Earth have called for tough new laws to make sure phone manufacturers and other companies reveal the full social and environmental impacts of their supply chains.

Despite laws banning children from working, India has serious issues with child labour and workplace safety.

In the remote Northeast, tens of thousands of children – many who have never seen a school and are as young as 12 – work ‘illegally’ six days a week, up to eight hours a day in cramped ‘rat holes’ loading coal for less than $10 a day.

“They work without safety gear or supervision, in makeshift, flood-prone mines. If they are injured or killed, they are quickly replaced,” writes Ben Doherty for the Sydney Morning Herald.

Yet despite the risks and health consequences associated with working in these mines, Doherty says: “The issue is more complex than simply rescuing children from mines, or prosecuting owners and agents. India’s poorest families would be left poorer still without the money their children earn.”